You could feel the excitement in the air. The playoff game was tied. It was half time. And out came the football team ready to trample over the other team. Instead, they ran over one of their own.

When I was a high school cheerleader, we used to make big signs for the football players to run through. We always made two: one for the beginning of the game and one for half time. It was quite a fun project for us. We would get together before the games and lay out these huge rolls of paper, which were taped together to form a “cover” on a hoop. With the huge paper lying on the ground, we would draw and paint a spirited picture on it. A roaring tiger. Big bubble letters saying ‘Go Team.’ A giant football flying in the air. Whatever we could think of. The creation of these paper covers was always an event in itself too. While creating these game-day icons, we would laugh, dance and talk about everything under the sun. It was one of the bigger team building exercises actually.

Once created, we would bring these “covers” to the game, both home and away, and attached them to a plastic hoop, which was then held by two of the cheerleaders. The other cheerleaders would form lines on both sides of the hoop, forming a path for the football team to run through. So, at the beginning of each half of the game, the band would play, the cheerleaders formed an “entrance,” and the football team would come crashing through the paper onto the field.

The playoff game of my junior year was not exception, but it did not go as planned. As the second half of the tied game was beginning, we held the hoop and formed the “entrance” like normal. But, for whatever reason the team was not running through it. We stood there wondering what the heck was going on. We were actually getting kind of offended at the slight. We were so offended that we started to walk off the field with the hoop when practically the whole team ignored us, walking past the hoop. I started to walk in front of the hoop as I was on the far side of the field. At this same time, three players must have seen their opportunity to crash through the sign. Maybe they were always in the back and had never had this chance? Maybe they were rebels against the let’s-ignore-the-cheerleaders plot? Maybe this was the plan all along? I will most likely never know the whys, but I can tell you what did happen.

As I was crossing in front of the hoop, I heard someone scream my name. I stopped and turned towards our hand-painted sign and all I saw was a sudden appearance of feet and helmets. Next thing I knew, I was on the ground looking up at the crisp fall sky. People ran over to make sure I was not hurt. I laid there for a moment trying to figure out what had just happened, surveying myself to see if I was indeed hurt. Fortunately, I wasn’t. However, I did have a big cleat mark on my stomach and some grass stains on my back.

After that, it was THE story at school for awhile. Everyone joked about it. There were little notes on my locker, funny stick drawings and all kinds of remarks in the hall way. It was somehow becoming my claim to fame. I was the cheerleader who was trampled. It was funny, but not necessarily what I would want my legacy to be. I thought I’d never come back from that one, but like most things in high school, it eventually faded away.

Several years passed and one day I was sitting around to only be reminded of it again though. I had just arrived at military school, was all unpacked and decided to spend some leisure time in front of the television. As I laid there watching America’s Funniest Home Videos, I suddenly saw my friends, our hoop and myself getting trampled. It was in a cheerleader montage and went so fast that I wasn’t even sure I had just seen it. But, sure enough, there it was nearly 10 years later—my team running our own over on the field. I guess I should not have worried about coming back from that event, but rather, worried about this event coming back to me. At least it’s a humorous comeback.

“I thought we’d never come back from that one.” 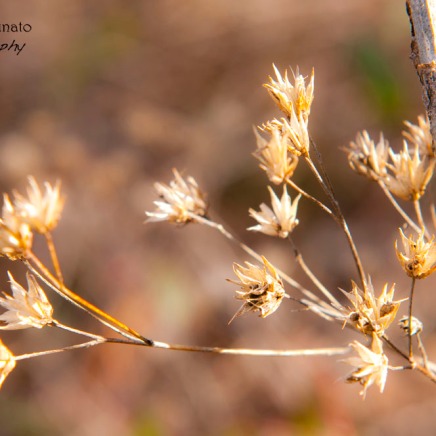