Your sleek ways fooled me

you seemed a sizzling dream

His voice dripped with the sexiness of rodeo cowboy. His words would have fit into a romance novel. His past displayed actions of an American hero in uniform. This could have been a great modern-day romance…except for one factor-he was a liar.

It all started out honest though, but doesn’t it always?

Trace messaged Julie through Facebook about her post on their mutual friend, Rick. They shared some stories. Julie had dated Rick in high school. Trace had spent a year in Iraq with him when they were both Airborne Soldiers. Julie was a Soldier too so that lead to conversations about war and the effects of it when you return home. The occasional emails turned into occasional calls and it all blossomed from there.

“When I first got home, it used to drive me nuts to hear people complain about the stupidest things,” said Julie. “It’s like they don’t realize how lucky they are! It took all I had to not scream, ‘How do you function in life if THIS is a tragedy!?’”

“I know what you mean. I went through the same thing,” said Trace with a laugh that was draped in silk. “They just have no clue.”

The now-daily chats connected them on a new level. It was no longer about their friend Rick. It was no longer about war. It was basic simple life in this day and age-a man and woman courting from afar. It crossed Julie’s mind that she may be falling for someone she met online. But this was different. He was a friend of a friend. He wasn’t a complete stranger. And he was different; he was a fellow Soldier. To be safe though, Julie did her homework. She checked out his social media sites for history. They shared a few pictures. She asked the right questions.

He was separated from his wife, and living in another house. While on the phone with him, she heard him speak to his daughter. They spoke at different times each day. He always answered her calls. This all made sense and supported his story. Julie herself had been separated for a while before her divorce so it all seemed normal. So they continued to flirt and talk about a potential visit.

“If you came here, I would show you a real rodeo and take you out to the Saloon. They have the best bands. We could dance all night,” promised Trace.

He could have told her he wanted to sit on the couch and eat popcorn for all she cared. With his voice, he could make anything sound sexy.

“Well, if you came here, we could go hiking in this local canyon. It is so peaceful. Then we could go downtown to eat at Roman’s. They have the BEST food and on the weekends they have music. Sometimes it’s jazz. Other nights, rock. It just depends on the week. I think you would love it,” said Julie.

Like two teenagers, they spoke for hours. They just clicked in so many ways. So as the weeks turned into months, the excitement about meeting was palpable. They both couldn’t wait.

Then, Julie got a call that stopped her in her tracks.

Trace’s wife informed Julie she was a fool. There was no separation, no other house, and in simple terms, there was no pending divorce.

“I am so so sorry,” exclaimed a mortified Julie. “I never would have spoken to him had I thought his story was a lie. Oh my. I feel sick. Oh God. I am sorry.” Click was the wife’s response.

Almost immediately, Trace called trying to make it better, but he couldn’t change the facts.

“I wanted to tell you. I never intending this to happen. We just started talking and you turned out to be so wonderful. I couldn’t stop talking to you. I just fell for you…”whispered the liar in that seductive voice.

“It doesn’t matter Trace. You lied. How could you lie to me? I thought we were friends first!”

‘I guess all those stories about meeting people online applies to friends of friends too,’ thought Julie as she threw herself on her bed in tears. ‘Thank God I never met him in person!’

My first attempt at a Cinquain Poem.

While writing this, I thought of Miley Cyrus’ song, I Adore You. The lyrics are quite beautiful so I thought I would attach them here for you to enjoy as well. You can also click on the song title to listen to it on YouTube. (I would have attached the video but WordPress was not accepting that today for some reason.)

Baby, can ya hear me?
When I’m crying out, for you,
I’m scared oh, so scared,
When you’re near me
I feel like I’m standing with an army
Of men armed with weapons, hey oh

I love lying next to you
I could do this for eternity,
You and me, were meant to be in holy matrimony
God knew exactly what he was doing
When he lead me to you

Just reflecting back on my recent trip…aaahhh. Life sure is wonderful and I am thankful. 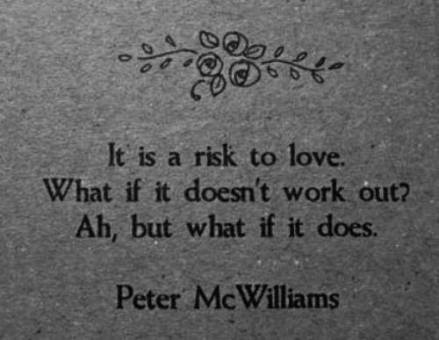 I have always been a fool for love. I was the little girl who watched Cinderella, the teen who married her high school sweetheart and the woman who believed all men meant what they said. Each and every time, I thought it was true, everlasting love. Unfortunately though, I was wrong every time. It wasn’t love. Some of it was friendship, attraction and mutual desire. However, other times it was just plain and simple abuse that I willingly accepted, and at times, even asked for more.

Like most girls, I watched all the fairytales. I believed in princes and romance and a life full of passion. I didn’t really witness this kind of magical love while growing up, but yet, I thought it was still out there. I wished for it. I prayed for it. I wrote about it.

At times, I think I had sprinkles of love, or at least some heavy puppy love. I had some romance and passion and fun. There were words of endearment, claims of unending love and dreams of a life of grandeur. Men had promised to love me, stand by my side and never leave me. But more often than not, their words did not reflect their actions.

This was the love I learned over the last 30+ years. Needless to say, this was not the love I envisioned or wanted. No, not at all. I don’t ever remember Prince Charming breaking his soulmate’s teeth with his fist. Nor was there a chapter where he made her feel bad about spending time with her children or honoring her dead mother. The princes I was choosing were of a different breed. However, I can’t blame everything on my suitors. I wholeheartedly believe a relationship takes two to work. There were times, I was not the best girlfriend or wife. I played my part at times. I had harsh words in response to hurt. I lowered myself to a revenge cheat when I discovered the first painful betrayal. I could be overwhelming at times with things I wanted to do or places I wanted to go, knowing finances were a concern.

So I could have done some things better. Maybe if I had, certain relationships could have been different. I don’t believe any of my actions caused the abuse though, at least not anymore. At the time, I thought it was my fault though. I should not have led him on if I didn’t want to do more…but I was just a teenager, it wasn’t my fault. I should not have accused him of cheating and then he would not have punched me….but it was true, he was cheating and he had no right to hit me. I should not have started talking to a married man and got close…but he told me he was separated and I believed him, it all made sense.

With each of these relationships, I learned. I learned that love was not what I thought it was. It was hard. It was unstable. It was insecure. It was mean. And it was painful at times. I started to think it was fiction. There was no damn Prince Charming! And maybe it was crazy for women to expect men to perform at that level. I mean that is a lot of pressure and effort. Maybe I was just expecting too much and believing in fairytales. So I started to give up on love, the whole idea. I started to throw in the towel  and resign myself to a social life of outdoor activities I tried alone. I thought, I can be quite happy in life alone. I don’t need a man to make me happy.

This was all going fine…and then, I went on a blind date. Now, I want to believe love is possible. I hope that my battered heart can heal. I pray that this prince is different. I dream that a relationship without abuse is not fiction. I crave that I can be seen for who I am, fun and passionate, and be enough, and yet, not too much. I wish that disagreements can be settled without the desire and respect diminishing. I think all of these things as I look into the eyes of my new prince, my new boyfriend. It is almost terrifying to try another hand at love, but hey, I have always been a fool.