As I have grown, I have realized the importance of character. Some people have it. Others do not. Frankly, I prefer those who do and avoid those who don’t.

Character is hard to explain exactly though. According to one dictionary site, character is the mental and moral qualities distinctive to an individual. In Greek, a kharaktēr was a stamping tool, used to give something a distinctive mark. To me, character is what defines a person, what makes them unique and most importantly, what guides their actions.

Martin Luther King once said he looked forward to the day when all Americans would be judged solely “by the content of their character,” he was talking about a person’s important qualities. For if you rate people solely on their beauty, job title or wealth, you may find that they are not really people you want to be around. They may not have the same values you do. They may not act with a similar moral compass.

Throughout life, I have found character is critical. The people who have it seem to succeed. Those who don’t, eventually fail. Sometimes it takes awhile for someone’s true character to show, but it usually does. A military leader, General Lucian K. Truscott explained it well. “Character as we used to say when I was in elementary school, is what you are. Reputation is what others think you are. The reason that some fail to climb the ladder of success, or of leadership if you want to call it that, is that there is no difference between reputation and character. The two do not always coincide. A man may be considered to have sterling character. Opportunity might come to that man; but if he has the reputation for something he is not, he may fail that opportunity. I think character is the foundation of successful leadership.”

So what does all of this have to do with my pictures below? Well, when deciding what to write about the iPhone macro shots, I searched the symbolism on lilies. I came upon one site that stated lilies meant: “honor, majesty, purity of heart, sympathy and pure soul resurrection.”  And that their symbolism was to remind us that “our good deeds do not need to be seen by a lot of people and we do not need to tell everyone about them.” 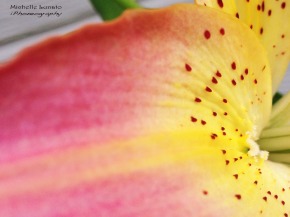 To me, that all said character. Now, when I look at the details of the lily, I have more meaning, more value. I see the majesty of the petals’ bold colors as the beauty in someone’s life. It changes as we grow, fading from one phase (color) to the next. The flower’s core, where the petals meet, are the purity of one’s heart. For the intention of people’s actions come from their heart. All things start from there as in this lily. The stamens are like the good deeds to me. You don’t need to point them out. They will be noticed by others without one boastful word. The speckled dots of color on the petals look like tears to me. Tears of sympathy and pain we all surely have through life. But the thing is, as we learn with age, some of our pain fades (hopefully the sympathy doesn’t). Like on the petals, the dots of pain (color) fade and almost blend into one color it seems. It’s not that we don’t feel pain later in life, we have just simply learned betters ways to cope and understand it. And with faith, we are new people, resurrected to know the pain of this life is only temporary. So we can endure.

My lilies seem to endure quite well. They are hearty and thrive in nearly all conditions, and I guess its because they have character. I think I will always look at them differently now. 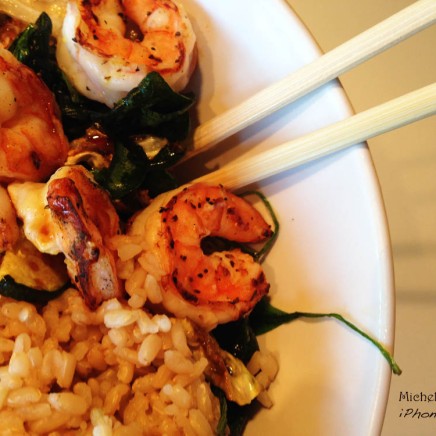