your lies make you sweat

as the flames of truth smolder

the heat starts to build 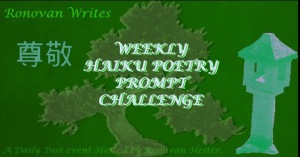 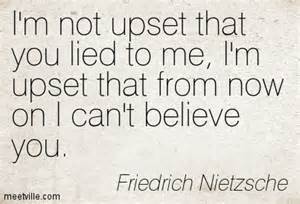 Everyone lies. Everyone. If you say you don’t, than you are already lying. So just stop denying it. You are a liar like the rest of us. The question is though, what is your intention when you lie, and how often do you do it? To me, intention and frequency separates the lowlife liars from the normal honorable people.

We learn how to lie from our parents. From birth, they deceive us. They fill our minds with the magic of Santa, the Tooth Fairy and the Easter Bunny. Oh, and don’t forget that you were a precious gift from the Stork who delivers babies too. (If I just ruined some magic for you or made you realize that your parents did indeed have sex to conceive you…I am so sorry, but the truth eventually always comes out.)

As we grow up, our parents tell us we are capable of doing anything we want. When in reality, we do not have the physical height for that basketball career we dream of. They promise us that those spankings and shots will hurt them more than it hurts us. Yet, no hands or needles touched them over the years. They look us straight in the face and claim they cannot find that the amazing movie we like to watch 18 times before lunch is missing and that they have no idea where it could be. Suspiciously, later, we find that movie behind the couch in the pages of their magazine, and they were not nearly as excited at the discovery as we were. They tell us if we touch our privates too much, they will fall off. If that were true, just imagine how many self-made eunuchs there would have been in high school after puberty!

I could go on, but you get the point. As parents, we lie to protect our kids, give them confidence and frankly, to keep ourselves sane because if we watch that Barney episode one more time, we just may lose our ever-loving minds. I get that and can respect it.

I can even appreciate the lies we tell to other adults at times. Again, these are lies with good intention though. For example, you lied to your girlfriend/wife and told her that her meatloaf was great. But, you really thought it was equivalent to what shoe leather may taste like. You agree with an acquaintance who claims their baby is the most beautiful child. However, when you look at the unfortunate lad, you wonder if you have ever seen an ugly baby and then you realize, you just did. You concoct some story about traffic to explain your tardiness to a party when really, your spouse was having a wardrobe malfunction of epic proportions and you had the forethought to not mention the truth as it might be embarrassing to your spouse…and maybe not so good for your health. To me, these are all acceptable forms of lies. That is hard for me to accept at first though since I loath lies. However, these lies help others, and that is noble and a form of storytelling, according to Daniel Wallace (The Kings and Queens of Roam). “A storyteller makes up things to help other people; a liar makes up things to help himself.”

The latter is the type of liar I cannot stand. Their intention is what makes them ugly. They lie to cheat the system, to cover up their tainted tracks or to claim unearned accolades. Their deceit builds upon itself and eventually, some even start to believe their own fantasies. I’ve known several liars in my life. From childhood to work to loved ones, I have witnessed some tales in my time. I have heard people lie about major illnesses to get sympathy or get out of a physical task. Others have spent more time lying about work they claimed to have finish, when it would have taken less time to just do the work. Others have fashioned audacious legends about their accomplishments to appear more grand and important. Sadly, who and what they were then, was impressive enough. I’ve heard of countless stories where spouses, both men and women, have woven such intricate fables to cover up their unfaithfulness. Isn’t one relationship time consuming enough people?

All of these types of lies come with a price. It seems, at least from my experiences in life, that the truth is a critical factor in the stability and longevity of relationships, businesses, and what not. “Things come apart so easily when they have been held together with lies,” said Dorothy Allison (Bastard Out of Carolina).

Just think about scandals in the world and relationships. Generally, the scandalous part is because some truth has been revealed. Now, I am not saying I have never lied. Of course I have. I am human. However, I try to be an honest, good person for the most part. But frankly, another reason I avoid lying is that I just don’t have the energy to do it. When I consider these scandals, I think of how exhausting it must have been to hide so many things. One lie seems to require another and another. Eventually, there is a web of things to remember. Hell, I cannot even remember my own birthday or what I walked into a room for sometimes. How in the heck will I remember 26 interconnected lies? I don’t think I could. Therefore, I just tell the truth. It is easier. Call me honest by default of laziness, but this is not a unique belief. Even Abraham Lincoln thought it was strenuous to lie. “No man has a good enough memory to be a successful liar.” Too bad Lincoln’s belief seems to have escaped politics these days…

Other than requiring so much energy and memory though, lies seem to ruin trust and intimacy in a relationship as well. “Over time, any deception destroys intimacy, and without intimacy couples cannot have true and lasting love,” said Bonnie Eaker Weil (Financial Infidelity: Seven Steps to Conquering the #1 Relationship Wrecker). And doesn’t everyone ultimately want love? So why would we go out of our way and spend energy on ruining it?

The only excuses I can think of are: one, the liar is not happy with themselves and therefore, they lie to make themselves feel good; two, the liar is addicted to the challenge and excitement of lying; and three, they may actually believe their own lies. Regardless, when you realize someone has lied to you, it diminishes the trust you had for them, which according to Victoria Schwab (The Unbound) is difficult to regain. “Da used to say that lies were easy, but trust was hard. Trust is like faith: it can turn people into believers, but every time it’s lost, trust becomes harder and harder to win back.”

To me, relationships, both work related or intimate, are like bank accounts. When you have good encounters and experiences with people, you build a positive account. (I think this belief came from Stephen Covey book somewhere.) When you have negative events with them, you withdraw from the balance. So like in basic math, when you have more withdrawals than deposits, your account will become negative. Think about that coworker, friend or romantic partner who last lied to you. How did it affect your relationship with them? Friedrich Nietzsche summed up the after effects of lies very well. “I’m not upset that you lied to me, I’m upset that from now on I can’t believe you.”

And there is the rub. The more people lie to us, the less likely we are to believe them. Let’s just hope those known liars don’t tell you how good you look today or that you have a pretty baby.

For the Walking With Intention series on The Seeker’s Dungeon.