I stood there on the very same ground where thousands of people were massacred. I imagined the horror, closed my eyes, and pulled back the tears. I couldn’t think about it. Not then anyway. I had a job to do.

It was 2002 and as part of Stabilization Force 11, multinational forces were in Srebrenica to allow people the right to peaceful mourn. I was told that since the 1995 mass murder of nearly 8000 men and boys, there had always been some sort of violence on the anniversary. NATO forces were there to ensure that 2002 would be the first peaceful memorial, and I was there to help document it.

Troops from several countries encircled the area to ensure the security of the sites. I could see guards and Soldiers everywhere. And, I am sure there were more I couldn’t see. That brought comfort to many I assume.

The first site was a school. I was told that this was where thousands of men and boys were shot. Right on the school soccer field. As their families watched. My supervisor (who actually took the wall photo above) explained that family members stood at this wall and watched through the holes. Watched as their sons, fathers, husbands and brothers were killed. I looked through these holes and choked back feelings. I really can’t imagine what that must have been like.

We moved past the wall and onto the field. People gathered and placed flowers around. Some wept loudly. Others fell to the ground. And some stared ahead, frozen by pain. I moved as respectfully as I could. I tried to make eye contact with people before photographing them. I felt it was the respectful thing to do.

The memorial group slowly made a processional to a nearby river. It was here where some of the bodies were disposed of, or so that I was told. People gathered here and held each other. They threw flowers into the water. They sat quietly on the bank. Some ran their hands through the water, splashing it onto their tear-streaked faces. The pain could be felt in the air. I know a few tears rolled down my cheek but I held back more from falling. I didn’t have the right to cry. I couldn’t even imagine their horror, their memories. All I could feel and see was their pain. It was palpable.

I look back at this event now and think what an honor it was for me to be there, a part of their peaceful memorial. I wish I had not been so inept with my camera back then. As surely, I could have done the event more justice. I also hope that the families there know that we really did care. We wanted to help them. We wanted to give them what little peace they could find in mourning without the fear of violence. I never heard of any problems that day, so I have to assume we were successful in that mission.

As I reflect on this, I realize how utterly ignorant to the world I was. In 1995, I was 24 years old. I didn’t have much knowledge about what was happening in the world. I wasn’t even a Soldier then either. I was just a brand new mom trying to raise a baby. And yet, just seven years later, I found myself standing in what is claimed to be the worst massacre site of the Bosnian War.

I will never understand the politics, hatred or motivation behind the austerities in world history. I can’t fathom the blackness of the hearts that carry out these actions and the emptiness of those who survive it. All I know, is that part of me grew up in Srebrenica. I was forced to see the ugliness of the world, or at least, the aftermath of hate. I couldn’t change the channel or ignore it. I was there, years later, seeing pain that was still fresh. It was no longer just some story on the news. It was very real and playing out right in front me, and now, forever part of my life as well.

For more information on Srebrenica, click here or just google Srebrenica massacre. And please excuse me if there are not many historical details in my story. I am not a historical expert, but merely sharing my experiences while deployed in 2002. And for anyone who has experience with this event, God bless you. I hope you have been able to find some peace. 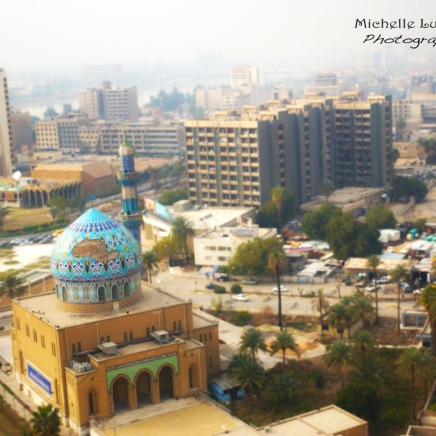