I used to own elegant giants. The boy came first. He was my favorite. The large Mastiff dogs, Brutus and Buckeye, were a dream of my ex husbands. I was not really ever a dog person. I didn’t dislike them, … Continue reading →

She moved through the woods carefully, slowly. She didn’t want IT to hear her. No. She wanted to avoid IT at all costs, but deep down she knew she couldn’t, no matter how stealthily she moved. As she walked through … Continue reading →

As I stumbled back and forth from my car that was packed with boxes containing my life, I could feel adulthood creeping in. This was it. I was now an adult, I thought. And so far, being an adult seemed like a real big party.

Other college “kids” were moving their belongings in as well. So there was a parade of people going here and there. A drum-banging party song blared from one of the dorm windows. Looking up, I could see a few people hanging out of the windows yelling cheers. Tables hosting different organizations were set up across the lawn. Instantly, I felt like I was on the set of some college movie, except this was real life! The air was electrified with fun, hope and excitement. Everything felt new and fresh.

Going off to college was a huge deal for me. The fact that I went was a miracle in itself frankly. My parents did not have enough money to send me to college and it was really never discussed or made a priority to even go. Somewhere through high school, it became a personal priority though. I applied for loans and scholarships. I worked a job through high school. I found a job at the university. I had worked for this moment and it was finally here.

As the days turned into weeks and months, the party faded some as responsibility crept in. There was still fun of course, but being the “kid” sending herself to college was like having an internal enforcer on the job. No one was going to save me if I screwed up. No one was going to help me pay my bills. So, the adult in me blossomed and worked hard. But that’s the thing about becoming an adult; I decided when it was time to work and time to party. That balance and level head developed on campus that year, the year I grew up. Many years have passed since then, but I will never forget that moment, that feeling, and that blaring party music welcoming me to my future.

When was the first time you really felt like a grown up (if ever)?

There are days I fret,

Like most people, I love food. Yet, it is my enemy. In the Army, there are weight restrictions that are based upon age, sex and height. I am short, so this is an added challenge as the shorter you are, … Continue reading → 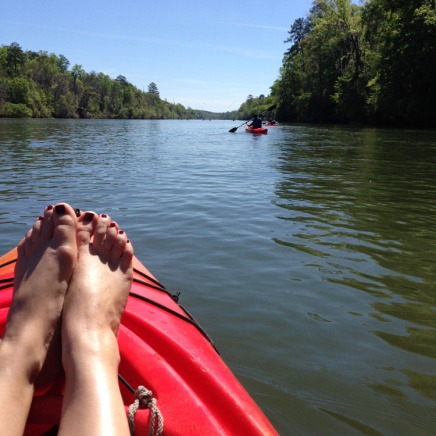