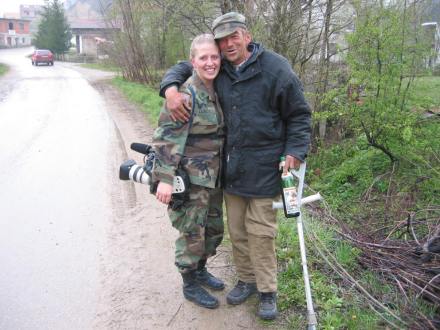 Bosnia was my first deployment, and I can’t lie, I was pretty nervous about it. I was new to the Army so I didn’t have a clear picture of what I would do, nor did I know anything about the country. As it turned out though, it was one of the more rewarding times in my life.

My main role on the deployment was to tell the Army’s story. I would travel around the country documenting what the American forces and their allies were doing in support of the peace-keeping mission. So I would take pictures, shoot videos and write articles about their missions. It was hard work, but so much fun and ultimately rewarding.

One of the first missions I covered was a medical mission. Basically, a team of soldiers would set up a clinic for the day to help villagers with their medical and dental needs. Typically, they would set up shop in the largest building they could find. Sometimes it was a home. Villagers would line up to receive care or just see what was going on. On this particular mission, a man came up to me while I was outside photographing the airmen guarding the “clinic.” The man, Hasanovic, was telling me about the mines and the war (through an interpreter). He wanted to take me to “where the bodies” were.

I wasn’t really sure what to do with this information or conversation…other than tell the Air Force security patrol who was with us. I did, and they joined Hasanovic and me in conversation. This was really my first experience with someone who had lived through the war. He told us about how he lost part of his leg from a mine explosion. He explained that there was a mass grave just on the other side of the hill. And, he pointed out the devastation in the village. It broke my heart to see the pain in his eyes. Though he masked it all with a smile and some alcohol, you could see war had taken its toll – not just on him but the entire village.

It really opened my eyes to how lucky I was. I had never had to worry about mines. I never lived in fear that my family would be killed. I was not haunted by memories of mass graves. I had a roof over my head and a bed to sleep in. Many of these villagers had dealt with horrible atrocities, and yet, they found a way to survive, smile and laugh. I found this ability and resilience inspiring, and promised myself to remember it when I started to complain.

23 thoughts on “The Bosnian Man Who Opened My Eyes” 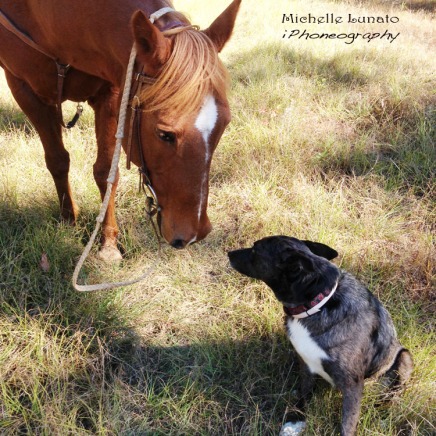 A man with dyslexia writing about this and that and everything else!